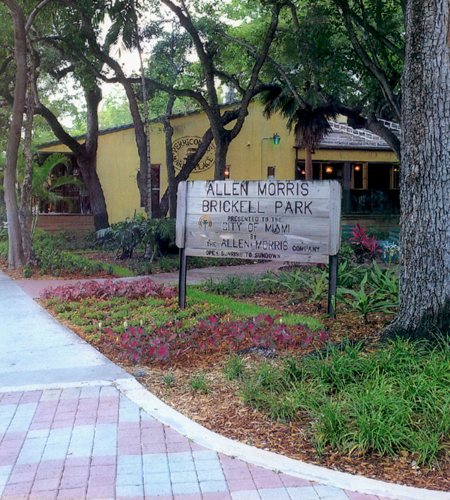 One of our prime clients came to the Allen Morris offices to ask for our investment advice. The company just sold some stocks and had $2 million to re-invest. They were leaning toward buying more stocks, yet willing to consider real estate investments as an alternative. Our task was to come up with great real estate investments that would provide a far greater return over time than stocks.

We presented our client with the idea of investing in the “Off-Brickell West” area as a mid to long-term appreciation investment. The client accepted our suggested course of action and we acquired many parcels for them in the Off-Brickell Avenue West neighborhood whereby over time, their $2 million purchased well-located “ready to go” assembled development sites for the future.

Our Creative Solution had a two-pronged approach:

1. We acquired properties as they became available that had the potential to increase in value as Brickell Avenue became more important.
2. We took strategic action to make the neighborhood more attractive and valuable in the following ways:

a. Assisted the City of Miami with the historic restoration and leasing of an old Miami firehouse in the neighborhood to create a popular restaurant called, “Firehouse Four.”
b. Worked with zoning attorneys to influence the city planning department in formulating the plan for high-density development in the neighborhood.
c. Worked on the county’s rapid transit People Mover Committee to assure rapid transit access and stations throughout the neighborhood.
d. Converted seven old houses and duplexes into popular local restaurants to increase pedestrian traffic and make the neighborhood safer. An example of this is Perricone’s Marketplace & Café.
e. Gifted two lots to the City as dedicated public parks to make the neighborhood more attractive and inviting. These became “Allen Morris Brickell Parks.”
f. Prepared renderings of potential high rise mixed-use projects to help developers visualize the potential of the neighborhood.
g. Allen Morris served as President of the Brickell Area Association (BAA) and merged the BAA into the Miami Downtown Development Authority (DDA), creating the taxing district, and dramatically increased the marketing and transportation resources and liaison with the City Planning Department, resulting in a Master Development Plan to energize the development of the area.

The result was a vibrant, high-density development neighborhood. Today, the “Off-Brickell West” neighborhood contains the largest development under way in America in the private sector: The Swire Company’s BRICKELL CITY CENTRE  project, approaching 5.6 million square feet of building area, plus many other high-rise buildings of 20 to 80 stories either existing, under construction and/or planned.

Part of the site we assembled became Mary Brickell Village. We also sold several sites to other developers and retained one site, which we are developing for the owner into a 57-story mixed-use tower.

During the acquisition stage for our client many years ago, they would challenge us on the “expensive land cost at up to $10 per square foot!”

In recent years, our client has sold all but one (1) of their “Off-Brickell West” land assemblages and are glad too that they accepted Allen Morris’ re-investment suggestions years earlier. We have seen the land values increase from $3 per SF to $660 per SF.